ELVIS HAS LEFT THE PLANET! 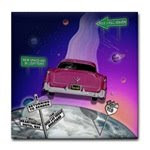 SOME NEWS: I was interviewed by Growing Bolder Radio on my Baby Boomer inspired web enterprises recently! Stop by and read the profile and listen to the interview!

Happy Thursday - Thank You, Thank You Very Much! PopArtDiva has left the blog!

Get my Retro Inspired Pop Culture Art on Cool Stuff like Cups, Tees, Cards, Aprons and more at the POP ART DIVA BOUTIQUE!
Posted by Pop Art Diva Enterprises at 11:03 AM

Johnny Maestro and The Brooklyn Bridge!

My fellow boomer diva, Bev Mahone of the Boomer Diva Nation, reminded me about another bit of trivia on the Brooklyn Bridge - there was a 60's group called Johnny Maestro and The Brooklyn Bridge who had a hit called "The Worse Thing That Could Happen" which I always thought was called "I heard You're Getting Married", lol.

For those of you who don't remember the song - this video should job your memories!

The BROOKLYN BRIDGE is 118 years old! 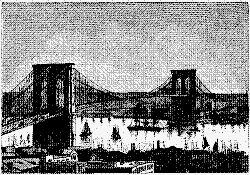 The Brooklyn Bridge opened today in 1883. Not really pop culture, but it reminded me of a tv show I used to love - BROOKLYN BRIDGE - starring Marion Ross of Happy Days fame. Do any of you remember that show?

It was a really quaint and funny little hour series from Gary David Goldberg (of Family Ties) about a family in Brooklyn in the fifties. I think it was kind of autobiographical for him. Nice little show that only ran two years - probably because there were no car chases or sex. It did win a Golden Globe and it was nominated for an Emmy so that gives you an idea of how good it was despite only running for two years.

I enjoyed the show a lot but my favorite part was the theme music which was performed by Art Garunkle of Simon and Garfunkle fame. He/they were one of my favorite musical groups from the sixties.

If you ever run across the theme or the show give it a look and/or listen, you won't be sorry! Anyway, Happy Birthday to the Brooklyn Bridge! (Image is in the public domain at Wikipedia Commons)

Get my Retro Inspired Pop Culture Art on Cool Stuff like Cups, Tees, Cards, Aprons and more at the POP ART DIVA BOUTIQUE!
Posted by Pop Art Diva Enterprises at 7:01 AM

Although I'm still uploading my Pop Culture Art from PopArtDiva.Com on the store and on all the cool products, there are quite a few images already available on fun merchandise. I'm adding about 10 more images and lots of fun products on each every day until I'm finished!

There are several sections including:
As I create new art I will add it to the store where you'll be able to get my art on cups, tees, aprons, pillows, tiles, magnets and other great pop culture inspired goodies! Then I'll post a link here when new art is added or I have specials.

Stop by and browse the PopArtDiva Boutique and send me feedback and feel free to browse the current products - remember Father's Day is coming up and you need to plan ahead for shipping!
Posted by Pop Art Diva Enterprises at 9:49 PM

Just a quick post to let you know that I am going to be interviewed on GROWING BOLDER RADIO!

When: Monday, May 19th at 12:50 p.m. Eastern Standard Time (9:50 a.m. P.S.T.). After the interview the audio will be posted to the Growing Bolder Radio Page for you to listen to afterwards.

Please have a listen!!!
Posted by Pop Art Diva Enterprises at 7:58 PM

In case you haven't noticed, the biggest demographic in the WORLD is baby boomers! That's right, us old farts are the majority age group now. You may thank the baby boom after World War II for that little statistic.

And just so you know, we watch a lot of television and we watch it when young people are out of the home doing other things besides watching the boob tube.

So get a clue and start running some of the great old television programs and movies from the fifties and sixties - hey even from the forties! We love the stuff, we're getting really nostalgic because that's what old fuddy duddies do, and we would love to see some of our favorite classics from the olden days.

Oh, btw, we have a lot of disposable income because we've paid off mortgages, we don't spend money on dating anymore and we don't waste cash on our kids anymore because (hopefully) they're grown up and paying their own way now. So, just think of the advertising revenue for cheaper programming (reruns cost less, come on, we all know it!)
Posted by Pop Art Diva Enterprises at 11:19 AM

Spin and Marty - Boy, did I have a crush on Tim Considine

One of my fellow Boomer Divas mentioned "Spin and Marty" on my last post so I promised her a special treat today.

Below is a video packed with nostalgia from the wonderful world of Disney including The Triple-R Ranch (of the Spin and Marty episodes on the original Mickey Mouse Club) and a few other goodies that should get you running to your attic for your old Mickey Mouse ears!

Eileen, click here for an extra special treat from the boys of the Triple-R!

Maybe you preferred a coon skin cap in those days and this clip includes a little treat for you too!

The treat for me was Jiminy Cricket singing "When You Wish Upon A Star" from Pinocchio. I love that song and have from the first time I heard it over 50 years ago.

I've been a Disney fan since before there was a Disneyland! Growing up in Kansas I used to dream about going to Disneyland and seeing Tinkerbell. I finally got to go when I was 13 after my family moved to California.

As an adult I named my first cockatiel Tinkerbell and then bought her a mate and named him Peter Pan! I did up the photo above of me as a "Mature-kateer", my tribute to my love of all things Disney. And, yes, those are my own original Mouse Ears!

Ok, all you boomers, sing it with me now:

THE MARX BROTHERS - BRING THEM BACK TO TV!

I was blog posting back and forth with my friend and fellow pop culture fan, Malcolm, about reruns on television and it got me to thinking (yeah, yeah, I know, thinking is a dangerous activity for me), where have all the great and classic reruns gone?

Once upon a time TVLand and Nick at Nite aired the really classic old tv shows - you know, the ones that were filmed in black and white. TCM and others aired the great old films. Now it seems "old" reruns are what was an original airing in the last year or even the last week.

I miss being able to see "The Egg and I", "An Affair to Remember", "Philadelphia Story" and old tv episodes of "The Many Loves of Dobie Gillis", "Make Room for Daddy", and others. I really miss the old Marx brothers movies and the Three Stooges, nyuck, nyuck, nyuck!

Many of these great old films and shows were the inspiration for today's hottest actors and comics. Listen to today's greats talk about yesterdays icons as Billy Crystal, Whoopi Goldberg, Kevin Spacey and Michael Keaton talk about Chico, Harpo, Groucho and Zeppo Marx.


Maybe one of those teenage network suits will see this post and finally bring back some of the classics - I'm sick to death of reruns of reality shows and "Walker, Texas Ranger".
Posted by Pop Art Diva Enterprises at 4:58 PM 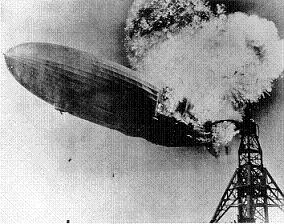 WHERE HAVE ALL THE HIPPIES GONE, LONG TIME PASSING? 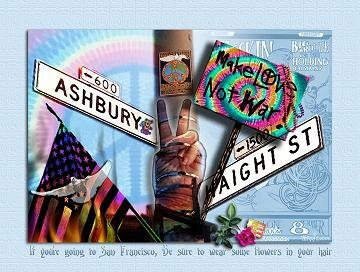 I looked around one day at all my peers, other folks of the baby boom generation, and I realized we had turned into the one thing we swore never to trust - the over thirty establishment. Not only were we well over thirty we had turned into people who drove mini-vans and SUVs, wore suits and paid the electric bill on time.

What happened to the kids who had such passion to change the world? Does growing up mean giving up? Does becoming adult mean giving in and joining the establishment instead of trying to change it?

I wonder how those kids would have looked at the "hanging chad" fiasco in Florida, what would they have done about our involvement in the Middle East? How would they have dealt with the monster increases in gas, food and heating costs? What kind of protest would they have started about the social security crisis?

I have to wonder what they would have done because the adults they turned into just seem to be rolling over and taking it laying down. Sad days for old hippies, sad times for America.

Where have all the hippies gone, long time ago?

We wore hip huggers, love beads and had long hair
Rolled doobies and burned incense to "clear" the air.

We had love-ins and turn-ons and rallies for peace,
While our peers were off fighting in the very Far East.

The radio played tunes from Beatles to Stones,
While we turned on and tuned out the establishment clones.

Where once we were young, so defiant and bold,
We now watch the world pass and we do as we're told.

And isn't it sad we don't still have that fire
That changed the whole world with just a desire?

IF YOU'RE GOING TO SAN FRANCISCO is available as archival prints and giclees on canvas in various sizes at PopArtDiva.com. Copyright 2008 by PopArtDiva.com. All rights reserved. No permission is given to copy, distribute or reproduce without written permission from PopArtDiva.com.
Posted by Pop Art Diva Enterprises at 9:45 AM