SIR PAUL IS OKAY BY ME BUT I WON'T BUY SIR MICROSOFT! 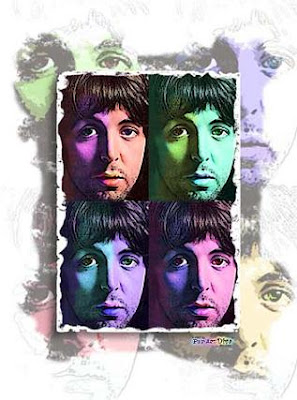 Sir Paul McCartney has been a Knight of the British Empire now for eleven years. On March 11th, 1997 McCartney was knighted by Queen Elizabeth II and was entitled to be called Sir Paul. A fitting honor for a man who, along with 3 other young men from Liverpool - John, George and Ringo - conquered America in the 1960s. We Americans fought a war for our freedom 200 years before and then we were invaded by an army of long-haired balladeers from Liverpool!

You may remember that all The Beatles received an MBE (Member of the British Empire) in 1965 but an MBE not come with the honor of the title "Sir". They could have added the MBE after their names, however. John Lennon returned his MBE in 1969 in protest of England's involvement in the Viet Nam war.

My understanding is that only the two highest rankings of The Most Excellent Order of the British Empire entail admission into knighthood - Knight or Dame Grand Cross (GBE) or (GBE) and Knight Commander (KBE) or Dame Commander (DBE). A knight is properly addressed using the title and his/her forename, but never the surname, thus Sir Paul or Sir Paul McCartney but never Sir McCartney.

It's all a bit confusing to me, but it's still cool that I own the records of a real Knight! I can't really picture Sir Paul in armor, but I can see him singing to Guinevere and maybe storming a castle and slaying a dragon or two.

By the way, Non-British citizens can receive an honorary membership but are not entitled to the title "Sir". Steven Spielberg and Bill Gates are both honorary KBE - think about it, if they were British Citizens we might all be watching Knights of the Lost Arc and buying Sir Microsoft products.

1993 - Janet Reno is confirmed as the first female Attorney General